If you follow me on Instagram you would have seen a very colorful looking low carb, gluten free stuffing to go with turkey that I made to go with our Christmas dinner this year. Now I have no clue the nutritional value nor exact measurements for ingredients.  But I will list the ingredients & what I did so you too can achieve a low carb, gluten free delicious option for your stuffing next turkey time!

First up – the bread. Stuffing without bread is just gross.  Of course I grew up with whole grain bread stuffing ( yummy ) but then a few years ago switched to gluten free bread which was equally as good but not so filling as to sit in  your stomach like a lead balloon which was nice. But since going Keto this year, we needed an alternative that was gluten free AND low carb.

So I searched my favorite recipe place – Pinterest for a low carb, gluten free bread recipe.  I found this one on keto connect. The picture above is actually my  loaf, right before I cubed it up for stuffing. The keto connect authors have even added this receipe into My Fitness Pal under KetoConnect – Best Keto Bread, while you are there friend me 🙂

When the loaf was cooled to room temperature, I cubed it up, it did crumble a bit more then regular bread but not too much that I had to be worried about mush for stuffing.

Now, my rule to stuffing is:

cooked inside the turkey for extra flavoring

The cubed bread in a bowl, I added a diced red onion (I like red for it’s flavor) diced green pepper for color, a RED apple with the skin, chopped celery, minced fresh garlic and seasoning. Seasoning would be celery seed, ground fresh black pepper, pink Himalayan salt, poultry seasoning, a pinch of dill, fresh parsley and a hint of cilantro.  Of course seasoning is to taste so you be the judge of how much you put in or what you put in. I don’t add a liquid as the natural juice from the turkey is enough, whether through cooking or basting.

Then into a stuffing bag and into the cavity of the turkey it went. Little did I know that my turkey would not produce a lot of natural liquid, so my bread did crumble more in the baking process then I would have liked. The one thing I will do next time is add an egg or 2 to the mixture to help hold it together or buy a juicy turkey.

So there you have it, our delicious low carb, gluten free stuffing that even my kids ate it up as it was so delicious.  Make sure to follow me on Instagram as that is where I post a lot of my favorite cooked dishes that are low carb.

the HUTT via email

& get in on some great stuff before it happens

Celebrity Trainers, Super Trainers – all fitness levels, steamable from any device with wifi. Ask me about it today.

Then check out our group classes today. Just click here now for details. 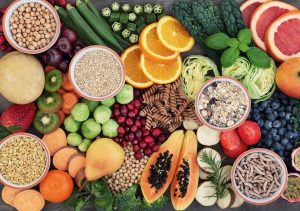 Not ready to workout yet, but you know your nutrition needs help!! Check out how I can help you now!

I am building a business around the schedule of my family. Full mentor ship is part of the package. Talk to me today on how to join our team.

Are you getting my emails?

the HUTT via email

& get in on some great stuff before it happens

Before you begin any diet, way of eating or exercise regime you need to talk with your licensed medical practitioner.  I am not liable for any allergies, injuries or other that could result in you not talking with your doctor first.