We All Have the Same 24 Hours 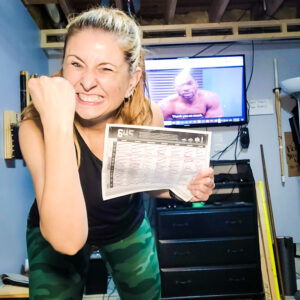 I did it! I completed my 7th workout program this year. This one was by far the hardest I have done to date. 13 weeks. 90 days. And yes I am stinking proud of myself.  And this post is going to slap you in the face. Tough love time. If you can’t handle the heat, leave the kitchen now. You have been warned. See…. we all have the same 24 hours. It’s what you choose to do with them that counts.

This program wasn’t about developing show muscles, or losing weight. It was for me about strengthening my  flexibility, mobility, range of motion & tackling the inner dark parts of my mental health.

I started this program August 9, 2021 and here we are on November 6th, 2021 and I am done. I mentioned in my IG stories today that all the people who were watching me then are still watching me today & this could be their celebration if they had said yes to their health.

We All Have the Same 24 Hours

I was so stoked to start this program. I had asked a lot of people to join me and many said no.  The top reasons were:

Well.. now here is the part of this post where it gets tough. So … I am warning you now.. leave if you can’t handle some tough love.

It was not hard. Our bodies will only go where our minds go. I had to trust my trainer, trust the process and trust my body would respond in ways it was designed to. And yes my body delivered. Disfunctions I never knew existed in my shoulders & hips were pointed out & corrected. This program got easier because my mobility got better. And it pains me to hear women talk down about themselves. Sweetheart – you are so much stronger then you give yourself credit for!

Say Yes to Your Health Today

We all Have the Same 24 Hours

Physical limitation? Um.. I have no meniscus in my left knee, that means it is 100% bone on bone in that leg. PAIN CITY EVERY DAY. So yes, some moves I had to modify and that is a-ok. I live with chronic pain of degenerative osteoarthritis in that leg on top of that pain. This program took the exercises that physical therapists use in rehab and reverse engineered it to make it preventive.  Work on that mobility so you won’t injure yourself. And yes I am stronger in my leg as a result of this.

The #1 reason for people not joining me was time. They all said they didn’t have the time. Yet somehow… each of those persons found the time EVERY SINGLE day to watch my progress on my Instastories.  The average person spends 145 minutes a day on social media. I only asked for 45 of those minutes a day.

Some said the commit of 13 weeks was too much as they had too much going on in their life.  (insert big sigh) My life has been crazy. The last 13 weeks have been insane. Let me breakdown the stresses I faced in the last 90 days. Not to brag.. but to show you we all have the same 24 hours and how we use them tells a story.

Since August 9th I have had to deal with:

And I know I am forgetting more.. but you get my point. LIFE IS CRAZY. Life will never slow down, there will never be a right time, a better time or a calmer time. EVER.

And to add in the mental struggle of showing up.  I was not motivated every single day of the last 90. There were day’s I went back & forth listing every reason to NOT workout.  But when I have goals to be a better human. Learn how to show up better in life. This space I give myself every day to workout is where I can put those tools to practice. If I can prove to myself I can do pushups or cleans or over head carries I can do the hard things in life.  I said yes on August 9, and here we are 90 days later. The time was going to go by anyways. Least with me saying yes to myself, I don’t regret where I am today and that is in a different space, better body then I was 13 weeks ago.

Heather is a fitness instructor & virtual health coach going through Peri menopause with no meniscus and IBS all while balancing hormones naturally. She works with women to help them reach their goals of a healthy lifestyle.

Celebrity Trainers, Super Trainers – all fitness levels, steamable from any device with wifi. Ask me about it today.

I teach fitness classes in person a few times a week. All fitness levels welcome. Join us on Facebook for the info at Morinville Sweats. 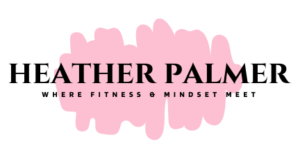 From at home workouts, full nutritional support, accountability & community. Fill out this form today for info 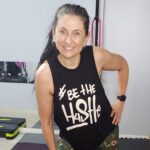 I am building a business around the schedule of my family. Full mentor ship is part of the package. Talk to me today on how to join the team today.

Before you begin any diet, way of eating or exercise regime you need to talk with your licensed medical practitioner.  I am not liable for any allergies, injuries or other that could result in you not talking with your doctor first.